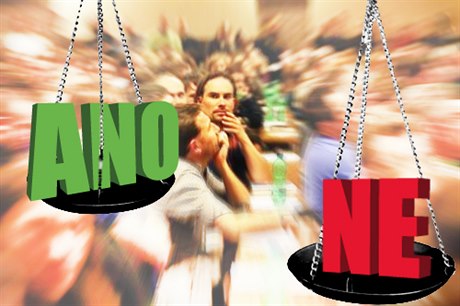 The draft reform of the university system, which the Education Ministry presented to the government in October 2011 after six years of preparations, would see public universities financed in accordance with their quality, merge a number of smaller schools, and introduce tuition fees for university students — the main point sparking young Czech scholars to stage protests in recent days.

Czech universities both need and welcome reforms. But there are reservations with respect to specific points and particularly when it comes to, allegedly, insufficiently prepared materials on the part of the Ministry of Education — especially those concerning the law on financial support.

Are the planned reforms threatening academic freedoms? Is the introduction of tuition fees and of loans towards paying such fees duly substantiated and soundly prepared? Or is it pandering to the needs of the banks? Are politicians and businesspeople trying to penetrate the last territory that has so far remained free of “tunneling” (asset-stripping), i.e. the universities? These topics are the subject of heated debated on editorial pages across the Czech Republic.

Czech Position last week offered all public universities (and the two state universities) the opportunity to clearly state their positions on the anticipated reforms, i.e. the concept proposals for the law on universities and the law on financial assistance for students.

Twelve public universities and the state University of Defense — about half the total number of state-sponsored universities — provided answers to the eight questions. The answers included the positions of distinguished academic players such as Charles University (UK), Masaryk University in Brno (MU), the Brno University of Technology (VUT), the Technical University of Ostrava (VŠB) and the Institute of Chemical Technology Prague (VŠCHT).

From the answers given by the vice-chancellors (rectors) or authorized representatives, it unequivocally emerges that Czech universities recognize the need for reform but object to specific points contained in the proposals and, above all, to certain, in their view, insufficiently prepared materials – especially those concerning the law on financial assistance for students.

1.  Are you as a university in favor of rejecting the tertiary education reform proposal in its entirety, including both concept proposals for the laws on higher education and for the law on financial assistance?
2.  Are there differences in opinion on this matter between your academic senate and the rectorship?
3.  With regard to which areas do you deem possible implementation especially important? What do you agree with and disagree with?
4.  Are academic freedoms under threat from the proposal on the law on higher education in your view? If so, how?
5.  What is your stance on the introduction of tuition fees? What form (if any) should such fees take?
6.  What is your stance with respect to the introduction of university-bound professorates and senior lectureships?
7.  How do you view the introduction of institutional accreditations?
8.  Do you support the proclamation of the Charles University teaching staff and the protests of several academic senates in front of the Ministry of Education, etc.?

This PDF contains the complete version of the answers given by the universities (in Czech only).

“As far as the two concept proposals are concerned, these should be sent back to the ministry to be reworked,” Václav Hampl, rector of Charles University, told Czech Position. He also reiterated his misgivings concerning academic freedoms citing ideological points of departure in the concept proposal and also claiming that a great many things (the status of institutions of higher education and delimitation of the council, senate and rector) are inaccurately and inadequately described in the proposal. Hampl provided this table with viewpoints on the main areas of the reform:

Masaryk University is generally in favor of the reform of higher education but together with the rectors of other Brno universities appeals to the Ministry of Education to “halt the pending legislative process involving the two concept proposals and create more room for further negotiation” between the minister and universities. According to rector Mikuláš Bek, the reforms should bring about:

1) A conceptual shift with respect to professorial and senior lecturer positions towards prevailing international practice.
2) A change in the way of accreditation towards institutional accreditation.
3) A transition to contractual financing for extended time periods and an acknowledgement of university autonomy with respect to economic matters.

Karel Rais, rector of the VUT in Brno, says that the reform of tertiary education should continue regardless of the quality of the concept proposals. The government should clearly present and pursue its political intentions and the minister of education (Josef Dobeš of the Public Affairs (VV) party) should change his approach to communicating with university interest groups. “There should be more frequent, continuous and direct communication,” Rais said. He described the way the draft bill on financial assistance for students came into existence as an “utterly negative example” – the draft proposal is for that matter the target of crushing criticism of absolutely all those taking part in the survey, even though they are not a priori dismissive of tuition fees.

Ivo Vondrák, rector of the VŠB in Ostrava, is overall in favor of the reform but finds the draft bill on financial assistance at this given moment unacceptable. “From the viewpoint of the law on higher education I think it could after revisions be adopted,” said the professor, whose college of advanced education is set to merge with the University of Ostrava and thus become the Czech Republic's third-largest university.

According to the respondents also sensible things can be found in the draft proposal. The University of South Bohemia (JČU) in České Budějovice, for example, does not reject the draft bill on higher education in a blanket manner as, in its view, it also contains rational proposals such as the diversification of institutions of higher education, framework agreements, institutional accreditations and the like.

“Our university is, nevertheless, convinced that it is essential to, above all, discuss points of contention such as the issue of title positions, the make-up of the Council of Higher Education and the significance and role of the National Accreditation Agency,” states the JČU, which also demands the involvement of Czech academic institutions in preparing the initial wording of the proposal.

The head of the VŠCHT in Prague points to an important aspect: “A law of such significance should be ‘non-perishable’ and ought to be drafted with at least an adequate measure of agreement among the various political representations (including those from the opposition) and the higher education institutions themselves. This is not a law that can be changed with every change of government. The current proposal and the rush with which its latest version was drafted (without discussing it with institutions of higher education) above all reflects an urge to fulfill the planned targets of the Individual National Project (IPn) for Tertiary Reform rather than a real effort to create a consensual document,” wrote rector Karel Melzoch in his answer to Czech Position. A project of this kind paid for from money from the EU should according to the Ministry of Education be finished by June 2012, which would explain the hurry and time constraints.

Of the individual reforms enjoying most frequent support from Czech institutions for higher education is the concept of longer contractual agreements between the state and these institutions, which should bring them more stability. Overall, universities also voice their agreement with regard to institutional accreditations for universities in their entirety and with diversification of universities into research and vocational institutions but in their view the draft fails to go into this aspect in more detail.

There are strongly diverging opinions with regard to university-bound professorates and senior lectorships. “This is a feature that is very difficult to accept. This (at first glance) logical step would be certain to lead to a loss of motivation on the part of young academic staff members to seek a senior lecturer or professorial degree. Why would they make the effort under the new law if all the senior lecturer and professorial positions at the department are already taken? They would go elsewhere, outside the university and will be forever lost for an academic career,” assumes Zdeněk Kůs, rector of the Technical University of Liberec.

Similar misgivings are, for example, voiced by Josef Hynek, rector of the University of Hradec Králové: “It will more likely lead to a loss in quality as it will result in a conservation of positions. It will moreover prove particularly demotivating for younger staff members. Whereas at present a talented person can, if the conditions are fulfilled, become a senior lecturer relatively quickly, under the new rules that person would first have to wait for the appropriate title position to become vacant.”

The Masaryk University in Brno is on the contrary in favor of this novelty: “An autonomous institution for higher education should be fully competent to decide on the selection of its professors and other academic staff. This is the only way to prevent situations where one can seek a title at different institution for the simple reason that the criteria there are less stringent than at the home university,” claims Bek.

A pragmatic approach to the issue is taken by the military University of Defense in Brno: “This state institution for higher education is capable of both accepting the current practice in this area as well as the proposed change.”

A majority of the addressed institutions express various degrees of anxiety with regard to academic freedoms. Justifiably so? “Yes, (this can happen) as a result of the pervasion of political and economic influences through “councils.” Public institutions of higher education are among the last still un-tunneled (note: meant with tunneling is asset stripping) areas,” says Ivo Medek, rector of the Janáček Academy of Music and Performing Arts in Brno. Also according to the head of the VŠCHT, who traditionally has close relationship to practice and industry, “academic freedoms are definitely under threat”.

“What I consider to be a critical measure of threat is the possibility “someone's own” people are installed into the university's management. Although the principle of selection procedures for university rectors is commonly practiced in quite a few countries, in the Czech Republic there is the danger this could be subject to abuse. The political culture in our environment is so low that such fears are completely justified,” judges professor Vondrák from the VŠB in Ostrava.

The rector of the College of Polytechnics in Jihlava has a contrasting view: “I consider brandishing claims that academic freedoms are under threat to be calculating, almost demagogic,” says Jakub Novotný who without reserve supported the initial wording of the proposal regarding title positions but rejects the present compromise “hotch potch” version (the same word is used in the Charles University statement to describe the way the current proposal sets the putting up for lecturer posts).

Will the right solution be found?

The danger that business and political interests will permeate the way universities are managed and the possible subsequent stripping of part of a university’s assets can be eliminated with an appropriately formulated structured version of the law the rector of the VUT assumes. He adds: “The whole problem consists in what a specific interest group’s interpretation is of the term academic freedom.” According to Rais who, among other things, criticizes the present disparity between a rector’s considerable responsibilities and, at the same time, very limited managerial powers, the fact that public universities are sponsored by the state — and therefore have a responsibility towards society — also should be taken into account.

Petr Sáha, rector of the Tomáš Baťa University in Zlín, notes that more is at stake than who agrees or disagrees with one another. The concept reform proposal has in his view the “character of an immediate solution, the adoption of which is more important than its content. Institutions of higher education need a long-term law that continues to hold up even after new political representations take over and unqualified ministers are appointed. It is not possible to agree or disagree with the themes of the reform without an expert debate (which is lacking); it is necessary to find an appropriate solution.” 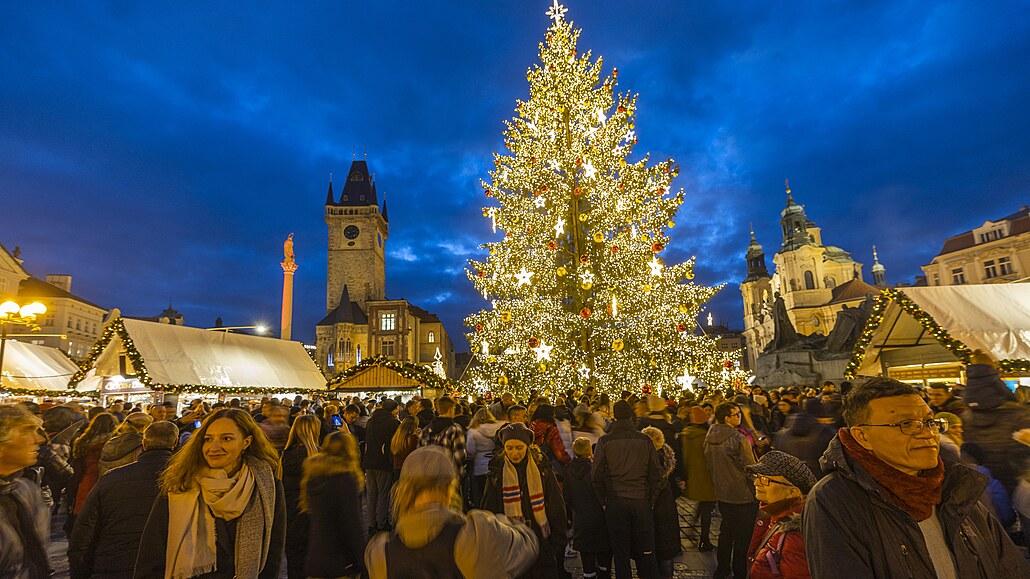